Gravity & magnitude of the problem

Globally, 1 in 3 women has experienced physical or sexual violence mostly by an intimate partner. According to the recent reports of 2022, the number of complaints filed with the National Commission for women has reached 17,348. The right to live with dignity saw the most complaints with 5593, followed by 3792 complaints under the Protection of Women against domestic violence. These numbers have further intensified since the pandemic because of money & security worries in the family, isolation with partners & easy access to women in the house due to movement restrictions & deserted public places. While the Covid-19 pandemic was spreading during 2020-22, there was a shadow pandemic that was growing amidst the life of women. According to the report by UN Women, globally, 243 million women & girls aged 15-49 years have experienced sexual or physical violence by an intimate partner during the past year.

The solution to the problem

It is not enough to establish laws for the protection of women from domestic violence & abuse, but a greater effort is required to sensitize the community as a whole towards gender-based violence & self-defence. Dr. Keerthi Bollineni, herself being a survivor of domestic violence, took this initiative to restore hope in the lives of women who are traumatized emotionally, physically as well as financially in this patriarchal society. Through her Vasavya Mahila Mandal (VMM), she has been actively working toward women’s protection & empowerment through several programs at the ground level. In 2017, VMM joined hands with the Vijaywada police in Andhra Pradesh and initiated a community-based intervention, “Mahila Mitra”, for sensitizing around 3700 police force in 21 police stations as well as 200+ women & men towards gender-based violence, abuse as well as the importance of respecting the opposite gender. Around 5-10% people in this initiative are men, thereby valuing gender inclusion which is the need of the hour to empower men to be the change-makers.

Personal sacrifices and hardships that she had to face

Life became a vacuum for Dr. Keerthi when she lost her husband at the young age of 32 years (in 1987). 2 years post this incident, she lost her only daughter in 1989. As a widow, she also had to face a lot of shame and guilt due to social ostracism & discriminatory practices because of which she was never invited to social functions. As a single woman at a young age, she also had to face a lot of challenges from men for sexual advances and abuse. During her 40s, she had her second marriage which was also full of challenges for her as she had to deal with severe financial, emotional, and sexual violence continuously for seven years, after which she got divorced and put a full stop to her life of nightmares.

She did not give up and created a life of purpose for herself by empowering other women who are victims of domestic violence & abuse by counselling, mentoring & empowering them at VMM.

The journey of helping women has never been easy for her even after setting up VMM. Challenges slide in the form of violent attacks & threats from rowdy men, political pressure as well as the threat from the family whose daughter-in-law or wife is taking shelter at VMM. But through support from police & 24*7 surveillance, the security of women & the institution is being managed.

There have been several instances of men creating noises, and sending letters of threat & warnings at the institution which has never ceased the spirit of VMM from protecting women’s dignity & rights.

Social impact of her work

During the span between 01st April 2018 through 31st March 2020, more than 4 lakh RTI cases were filed by VMM related to the Hindu Marriage Act, Protection of Women from Domestic violence, Criminal Procedure Code, etc. Recently, with their efforts, a man who killed his wife after domestic violence has been ordered 20 years of imprisonment & VMM is now fighting the case for a guardianship of the children.

Over 7000+ eve teasers have also been counselled & mentored along with their families to bring about a positive transformation. This initiative was also studied by the University of Edinburgh.

VMM has created change-makers who are working at the community level to help women report cases of domestic violence or abuse & get the required training & mentoring.

During Covid, they also created their own web-based MIS in order to maintain data accuracy with transparency and accountability and is now used by a team of 100+ volunteers.

Not just restoring hope in the lives of women, but Dr. Keerthi is committed to restoring sight in the lives of the blind through her community-based eye bank titled after her daughter’s name, ‘Swetcha’ as after the death of her daughter, she donated her eyes to two congenitally blind and her daughter is symbolically now alive in 894 people by giving them a sight to see the world and have a dignified productive life.

Back To All Winners 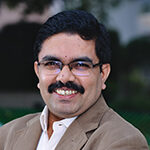 Linkedin
Narayana is the Founder and CTO of Salcit Technologies. Narayana is passionate about innovating and building products. He wants to make respiratory healthcare affordable and accessible to everyone. 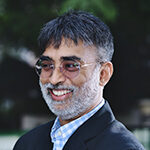 Linkedin
Venkat is the CEO of Salcit Technologies. He has over two decades of experience internationally strategizing businesses, building products, and creating an inspiring environment to grow as a team. 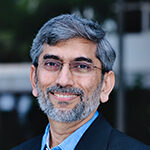 Linkedin
Manmohan is the COO of Salcit Technologies. Manmohan has over 20 years of experience in diverse technical and managerial roles, including software design, product development, technical management, and operations.