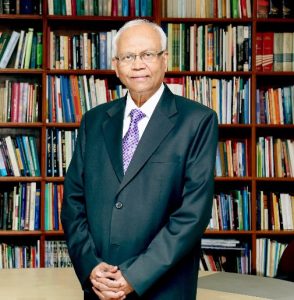 Dr. R.A. Mashelkar is one of India’s most eminent scientists.He served for over 11 years as the Director General of the Council of Scientific and Industrial Research, which had 38 laboratories and about 20,000 employees. He was also the President of the Indian National Science Academy and the Institution of Chemical Engineers, UK. He is well-known for his contributions to both institutions, multiple ‘Mashelkar Committees’, a successful campaign against foreign patents on Indian traditional knowledge, and his mantras of ‘Inclusive Innovation’, ‘More from Less for More’, and ‘Gandhian Engineering’.

His contributions to the nation and to science at large have been honoured by a plethora of awards, the most significant being the Padma Vibhushan, the Padma Bhushan, the Padma Shri, Business Week Star of Asia Award, and the Shanti Swaroop Bhatnagar Prize for Science and Technology. He is the third Indian engineer to be inducted as a Fellow of the Royal Society, UK and the first Indian to be elected as a fellow of National Academy of Inventors, US. Deeply connected with the global innovation movement, he served as President of the Global Research Alliance, which is the world’s largest network of publicly funded R&D institutes that work together to achieve millennium development goals. He is an ambassador and evangelist for innovation and R&D across the world and serves on the boards of many leading companies.